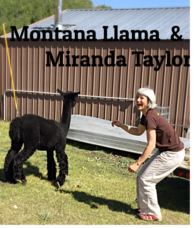 Miranda Taylor’s mission is to relieve your pain and keep it from recurring. She strives to help you heal without drugs or surgeries. Her focus is on identifying the sources of your discomfort or illness and designing the most effective treatment strategy.

In addition to pain relief and management, patients come to Miranda for treatment of other symptoms as well as for preventive medicine. As an important part of the process of assisting patients in recovering their health, Miranda takes time to learn not only about their symptoms, but also their health histories, emotional situations and all relevant aspects of their lives. Armed with this data, she performs the multiple aspects of Chinese pulse diagnosis, observes the aspects of the tongue for Chinese tongue diagnosis, and palpates various acupuncture points to diagnose and treat the whole person, not just their most pressing health symptoms.

One of Miranda’s prime areas of expertise is advanced pain management. Miranda trained under Dr. Richard Teh-Fu Tan, OMD, EAMP, L.Ac., who taught the Balance Method of Acupuncture. As part of her training, Miranda took on internships at Chengdu University Hospital in China and at Harborview Hospital in Seattle where she focused on treating nerve pain. Other internships involved detoxification using the National Acupuncture Detox protocols at the Cedar Grove and North End Rehabilitation Facilities. She also interned at her medical school Acupuncture Clinic, specializing in dermatology as well as Chinese herbal internal medicine. All these experiences have contributed to Miranda’s success in treating patients for more than just pain relief! Acupuncture is a unique healing protocol, often providing patients with beneficial side effects such as improved sleep, energy levels, digestion, and immune function, as well as lower inflammation and stress levels. Miranda co-authored Acupuncture For Stroke Rehabilitation published by Blue Poppy Press in 2006.

Miranda has over fourteen years of practice in healing as a Washington state licensed acupuncturist. She holds a four-year Master of Science degree in Traditional Chinese Medicine and Chinese Herbal Medicine from the Northwest Institute of Oriental Medicine in Seattle, WA, a unique apprentice-style school that emphasizes clinical training through close relationships with expert clinical faculty. She earned her Bachelor of Science degree from Cornell University in Ithaca, NY. Miranda was a board member of WEAMA (Washington East Asian Medicine Association). She is currently a professional member of WEAMA and the NCCAOM (National Certification Commission for Acupuncture and Oriental Medicine). She has attended symposiums for the Society for Acupuncture Research and done extensive continuing education coursework at Bastyr University. 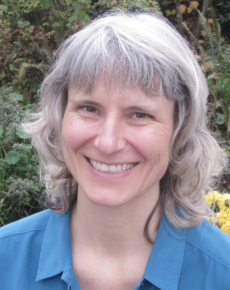 Miranda R. Taylor, EAMP, L.Ac, M.T.C.M. is a National Board Certified (NCCAOM) and Licensed Acupuncturist (WA State #AC00002224). After receiving her BS in Biology in 1993 from Cornell University, Miranda studied acupuncture and herbology at the Northwest Institute of Acupuncture and Chinese Medicine (NIAOM) in Seattle from 1999-2002. She interned at the Chengdu TCM University Hospital in Chengdu, China in Spring, 2002. She was awarded her M.T.C.M. in Traditional Chinese Medicine and was licensed to practice in Washington State in June 2003.

Miranda continues to stay abreast of developments in the field of Chinese Medicine through extensive continuing education coursework.

Northwest Institute of Acupuncture & Oriental Medicine, Seattle, WA, 1999-2003.
Master of Traditional Chinese Medicine, (MTCM), in Acupuncture and Herbology and Licensed East Asian Medicine Practitioner (EAMP – Acupuncturist). Miranda chose to dedicate lifelong study to this medicine because it is one of the most effective medicines in existence for pain and other physical and emotional disorders.

During her first 25 years, Miranda had a number of experiences with Western as well as "alternative" medicine.  After finishing at Cornell University as a pre-med student, she chose the "alternative" path.  In 2003, she graduated from the Northwest Institute of Acupuncture and East Asian/Oriental Medicine (NIAOM).  Miranda continued her education in the alternative health field and in 2012 became certified in Nutrition Response Testing(SM).  She is passionate about wanting people to get well and feels that alternative medicine is the best and safest way to do that.  She offers patients a special mix of acupuncture, East Asian herbs, Western nutrition, and Nutrition Response Testing, along with her enthusiasm and genuine care for all her patients.

My Story - more About Miranda

After 14 years in practice, Miranda enjoys treating complex cases and has rarely seen a headache/migraine, a cough, a leg - back - shoulder - hip pain that she could not help. With many years of study, she learned how to help her own problems which dated back to childhood, thus making her a better practitioner.

Miranda's parents immigrated from Germany in 1949 and 1951 and raised six children in Rochester, NY. In addition to her mother's natural common sense, the main care she received was from an orthodontist, dentists who loaded her teeth with mercury amalgams (disaster resulting in mood problems and needing nutritional detox for years!), an MD who said she would outgrow her pre-teen knee pain, (Growing did not help. It took to age 42 to heal: tai qi, structural integration, and finally nutrition to completed the job), and an MD who said he could not help shin splints or chronic bronchitis, but that she should quit skiing (she didn't, but found acupuncture and nutrition to handle this).

Miranda loved clipping her dog's nails, supplementing her guinea pig with ascorbic acid until it died of scurvy anyway, and wondering why her rescued albino lab rat developed tumors and died on the same day as her guinea pig. Until she worked in a small animal clinic, on a dairy farm, several saddle horse and standardbred racehorse farms, and became disillusioned by the treatment the animals received, she wanted to be a veterinarian. She occasionally volunteers at a local goat farm.

Miranda graduated from Penfield public schools and Cornell University in Biology (Go Cornell Cycling!), determined to use her pre-med training to help humans determine better lives for themselves. After graduating from Cornell she was so tired, at times unable to stay awake for more than an hour at a time, that she postponed graduate studies or medical school for five years. A new MD prescribed an antidepressant. She stuck with it for a year, but finally listened to her brother when the side effects became intolerable. He had been recommending alternative medicine all along -- homeopathy in this case. "Surprise:" it worked. I got off the drug with the help of homeopathy and started to feel more normal."

Five years later, by the time she had decided to apply to medical schools, she also knew she wanted to help others feel better without unnecessary drugs or surgeries. Her brother was a naturopathic medical student. He recommended she consider studying acupuncture. She received her first acupuncture treatment to explore that option and found acupuncture to be amazing. "A quick cure for shin splints and the moodiness of mild depression."

So in 1999 she began acupuncture and Chinese herbal medicine studies. From 2003-2011 She had a busy practice doing just this. Then Carolyn Fancher, D.C. showed her what she could do with Nutrition Response Testing(SM), and they began the process of fine tuning her own health. At the start, her emotions and digestion were touchy, her neck was sore, her front teeth were loose, and her hands were stiff. It only took two (2!) weeks to anchor her teeth into her jaw with Nutrition Response Testing -- when four dentists over six years had had no idea what was going on with her teeth! She started looking and feeling better.

Had Miranda's parents known about any alternative medicine such as Acupuncture, Chinese herbs, or Nutrition Response Testing, I would have been a much easier kid to have around. She would not have been so anxious throughout her childhood, teens, twenties, and thirties. Handling nutritional deficiencies handles anxiety: a body and mind with all the resources it needs is simply calmer. She completed advanced clinical training in Nutrition Response Testing in 2014 to provide a huge piece of the healing puzzle so she could help her patients improve their health even more as time goes on.

Now Miranda helps people of all ages (children and adults) with pain, fog-headedness, breathing problems, tension, skin issues, fertility enhancement, anxiety, depression, attention deficit, weight, yeast infections, insomnia, and all the signals pointing to their underlying health problems. As an acupuncturist, she specializes in frozen shoulders, migraines, acute emotional problems, and so much more that require a functioning nervous and circulatory system. Advanced clinical training in Nutrition Response Testing adds additional tools that can help a body restore itself, part by part, with GENUINE nature-made replacement parts, on a program designed just for the individual. Like the joke about old cars, nutrition for Miranda is about getting younger, part by part or organ by organ.

What is hard for other medical professions to heal can be easy with nature.  Give the exact food that is needed, ensure it gets to where it needs to go, and wow, the bodies can do what they were created to do. Miranda truly enjoys helping a person  heal completely!